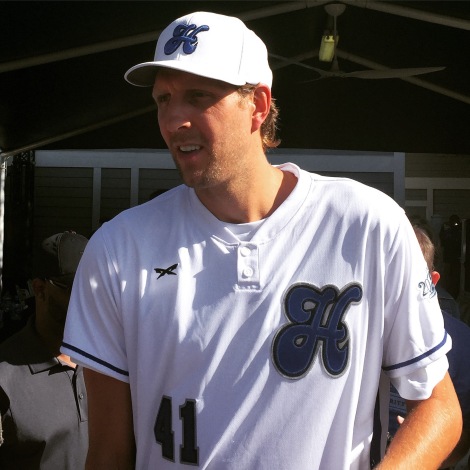 For the 15th year, two baseball teams made up of celebrity players will slug it out for nine innings of hard-charging, umpires-umpping, trash-talking, base-stealing, home run-hitting baseball!

Famous faces will include:

More names to be announced soon. Note: Roster subject to change. ** Will attend but not playing in the game.

Game goers are encouraged to come out early for family fun festivities and a Heroes Special Olympics All-Star Softball Game plus post-game fireworks to round out the evening. Last year’s game sold out, so get tickets early!

Proceeds will benefit the Dirk Nowitzki Foundation and the Heroes Foundation. Baylor Scott & White Medical Center – Frisco is the presenting sponsor and sponsor of the fireworks finale. Media partners are Fox 4 and My27, 105.3 The Fan, 98.7 KLUV, 103.7 KVIL, 100.3 Jack-FM and NewsRadio 1080 KRLD.

For more information, go to dnfoundation.org and like the Heroes Foundation on Facebook for the latest updates.