Saturday will be here before you know it! So it’s time to wrap up our feature introducing the designers showing at Designers Choice Fashion Preview this year. Let’s meet the rest of the designers! 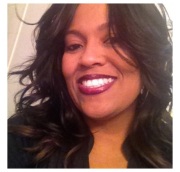 Angel Burrell is the designer behind the Tru’anjl line, a city chic line for real woman with a sense of style, inspired by the streets of New York.

Class, grace, style and fun not only describe the line but reflect the eclectic personality of the designer.  Angel designs locally in Dallas. 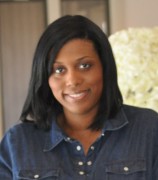 Erica Warren of  Little Rock moved to Tampa to study Fashion Design and Marketing. Before graduating, she was able to gain valuable experience interning in New York and  and working fashion week with designers, models and PR Firms including Rachael Roy, Naomi Campbell, and Kelly Cutrone. 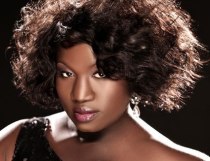 Korto Momolu, won a place on the 5th season of Bravo TV’s hit show Project Runway is a fashion designer and stylist.  Throughout the show, Momolu, influenced by her African roots, stood out as a designer who embraced color and diversity and displayed such extraordinary talent that she was awarded the fan favorite prize. During the season finale of Project Runway, Momolu presented her spring 2009 collection at Bryant Park during New York Fashion Week and ultimately ended the season as 1st runner up.

Since ending her season Momolu was asked to appear on Project Runway All-Stars.  After her appearance, Momolu partnered up with Madera Exotic Woods to design The Saba Collection- an exclusive line of fashionable eco-friendly jewelry.  Branching into fine jewelry and keeping things eco friendly she also launched a line of fine jewelry called “Green Love” during her spring 2011 show at New York fashion week.

Shawn D. Florence, the Creative Director of Paparahzzi Couture – a women’s-ready-to-wear brand – is a style expert and designer from Fort Worth. From clothes to jewelry to his newly launched luxury handbag collection, Dream-Bags by Paparahzzi, Shawn  has shown the world that a dream, plus style and tenacity can equal success. He has appeared as a fashion expert on TLC’s What Not to Wear, competed as a designer on Tommy Hilfiger’s, The Cut and is currently working on pitching his own reality show.

Tickets are still available at http://www.dcfpdallas.eventbrite.com/ to see these fabulous designers and many others.  I hope to see you at the show!