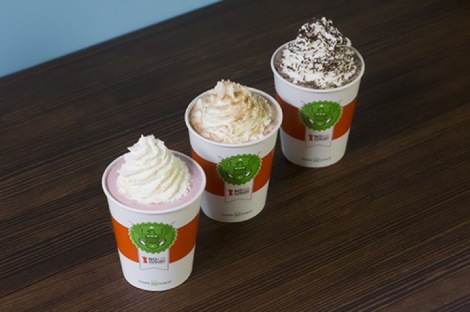 Throughout May, Shake Shack guests who donate $2 or more to No Kid Hungry will receive a card for a complimentary hand-spun shake (valued at $6.00) redeemable on their next visit.

100 percent of donations received will directly benefit No Kid Hungry. The goal is to raise awareness and funds for No Kid Hungry, a campaign focused on ending childhood hunger in America.

“The Great American Shake Sale has become such a meaningful tradition for the Shake Shack family,” said Randy Garutti, Shake Shack CEO. “No Kid Hungry’s work to end childhood hunger is more important now than ever, and we’re so grateful to team up with them for the sixth consecutive year.”

To kick off this year’s Shake Sale, Shake Shack is introducing three new featured shakes available for a limited time, beginning May 1st.

Visit either Shake Shack locations in North Texas to “shake it forward”, and to do your part to help end childhood hunger in our country.

About the partnership:
Thanks to the generosity of guests, in 2016 Shake Shack surpassed its goal of raising $500,000 by nearly $100,000, a portion of which benefitted Texas Hunger Initiative. In total, Shake Shack has raised over $1.7 million for No Kid Hungry in the six years since the Great American Shake Sale began. Shake Shack’s goal for 2017 is to raise an additional $500,000 for No Kid Hungry.