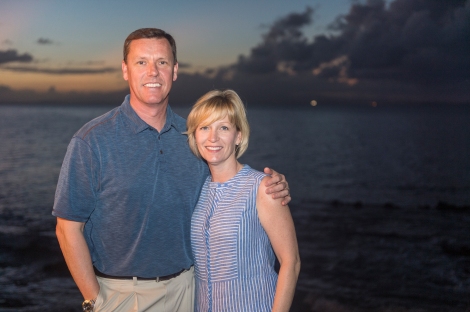 Steve Grimshaw, Chief Executive Officer of Caliber Collision Centers, along with his wife Melissa, will chair the 25th Côtes du Coeur Season which culminates May 14, 2016 with the Côtes du Coeur International Fine Wine Auction & Celebrity Chef Dinner.  The black-tie event is the preeminent food and wine auction gala in Dallas and the most successful annual fundraising gala for the American Heart Association nationwide. Last year’s gala featured 17 of Dallas’s most celebrated chefs led by Richard Chamberlain and 32 internationally acclaimed wineries and netted just over $3.4 million, setting another record for the Association. “Melissa and I are very much looking forward to chairing such a prestigious event here in Dallas on its 25th anniversary,” said Steve Grimshaw. “We are deeply committed to this event and the American Heart Association mission. Heart disease is the number one killer of all Americans. As a result, I am not only taking responsibility for my family’s heart health, but also for reaching out to the community to increase awareness and prevention.”

Steve and Melissa have lived in the Dallas area for more than 13 years and have three children. Their daughter Brittany is a freshman at Texas A&M. Henry and Steven are both students at Frisco High School. Grimshaw is Chief Executive Officer of Lewisville, TX-based Caliber Collision Centers, one of the largest collision repair companies in the U.S. with revenues in excess of $1.2 billion. Steve joined Caliber Collision in September, 2009 from Safety-Kleen Systems, the largest re-refining and environmental services company in North America. Steve is also a member of the Board of Directors for the American Heart Association Dallas Division.

Côtes du Coeur was founded by members of the medical community 25 years ago as a unique way to support the American Heart Association’s fight against heart disease and stroke. Côtes du Coeur has attracted more than 21,000 people and raised more than $27 million for cardiovascular research and heart-health education. The five events that comprise the Côtes du Coeur season are renowned for their focus on fine wine, fine food and outstanding networking opportunities. Founded in 1924, the American Heart Association today is the nation’s oldest and largest voluntary health organization dedicated to building healthier lives, free of heart diseases and stroke. These diseases, America’s No. 1 and No. 5 killers, and all other cardiovascular diseases, claim nearly 870,000 lives a year. Each year, the American Heart Association invests millions in research, professional and public education, advocacy and community service programs to help all Americans live longer, healthier lives.