2011 has left us but I wanted to take a moment to reflect on the little things that brought me a lot of (guilty) pleasure throughout the year.  I call this a list of “guilty pleasures” but I have to admit, nothing on this list makes me feel guilty.  2011 was a wonderful year of fun, trials and lessons.

This list reflects my personality: a bit quirky, a knowledge seeker, a freedom lover and a communicator.  So in essence, this list is really about what I couldn’t live without in 2011.  In some way everything on this list brought me joy, laughter, insight and satisfaction.  To start, here is my honorable mention: Jacksonville, FL and all that I enjoyed there: Nippers Beach Grille, St. Johns river, Water Taxis, River City Brewery and that awesome habanero pepper relish sauce that made this Texan feel at home.

6. Houston Texans: I grew up in a very football oriented household. Being a Dallsite, born & raised, we were obviously cheering for the home team first & foremost.  We also loved the Houston Oilers.  When the franchise moved to Tennessee and became the Tennessee Titans, devastation was apparent.  Houston got a new team, the Houston Texans but I was no fan & made no plans to be.  I can’t speak for Oilers fans, but I was pissed!  Why didn’t the city keep the name, colors…anything to keep Oiler heritage alive?!  I must admit, I love to see the Titans wearing throwback Oliers gear!  That’s their heritage!  Anyway, until the 2009 season the Houston Texas were a total joke to me.  I have been paying more & more attention to them.  Now I am beginning to see them as a viable team & I also see how the City of Houston has embraced them.  Do I wish the Oilers never left, yes, but I am glad the Texans are there.

The Houston Texans made my Guilty Pleasures post last year and this year, I am proud to have them back on the list again.  They won their first every playoff game and I could be more excited for the team, the fans and the city of Houston.  I AM A TRUE FAN!

5. Avocado Fro Yo: I love fro yo (frozen yogurt) but 2011 was the year of avocado fro yo for me.  I love the stuff!  I know when you look at it, you think about what avocado tastes like you can believe they made fro yo with it but it is a wonderful delicious treat.  Try it yourself.  You’ll love it!

4. NorthPark Center: I think some people forget that NorthPark Center even exists…depending on the part of town you live in.  I rediscovered my love of this mall and all the beautiful artwork within.  Yes, NorthPark Center has superior shopping and art!  Gotta love it! 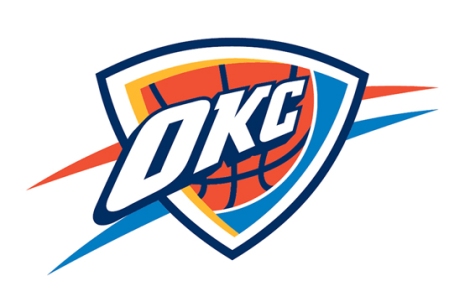 3. Oklahoma City Thunder: I am a Dallas Mavericks fan and have been since 1998 but the Oklahoma City Thunder have captured a piece of my sports loving heart.  I am so proud of the state of Oklahoma for wanting and getting a professional team.  The fans love their Thunder and the name is fitting!

2. VH1 Mob Wives: I swore I would never watch anything with “Wives” as part of the title but after I fell in love with VH1 Football Wives, I decided to give Mob Wives a go.

I love the ladies of Mob Wives!  They are funny and serious about their men, families and lifestyle.  I am not sure how much of the action we see is actually a result of production but I think these ladies are the “realest bitches” on tv.  If you watch the show, in season one Karen said “I’m the realest bitch you know.” to Renee.  It was a term of endearment about herself.

1. Republican Debates: I am a politics junkie and if you follow me on Twitter you know this already.  I once thought about going into politics but with each passing day of my life, I find better, less dirty ways to help and give to my community.

I am not particularly pleased with what the Republican Party has to offer by way of options for the party nomination to run for President but they have given me great laughs recently.  From Hermain Cain to Rick Perry and his “oops”, I can not get enough of these guys.  (FYI, I am still on a mission to find out who Michele Bachmann used as her makeup artist.  He/She did a fabulous job.  Of course I heard she paid dearly for hair and makeup.)

One response to “@LeslieTypes: My Guilty Pleasures of 2011”