This is so more than just a pizza for two. 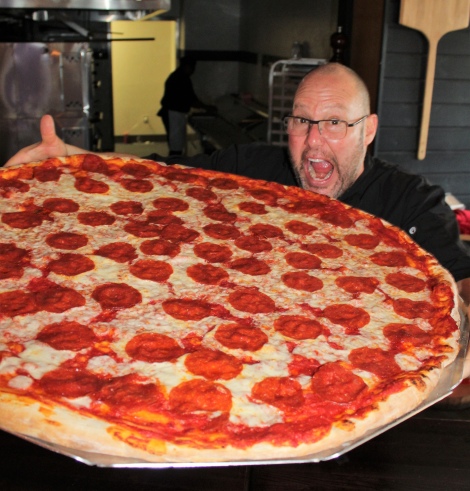 Kenny Bowers startled the metroplex nine years ago when he launched the El Jefe Grande at his Kenny’s Burger Joint. The 7-pound, 7,000 calorie burger challenge was one of a kind.

On March 6, Kenny is launching the Bada Bing, a challenge for pizza lovers, at Kenny’s East Coast Pizza.

Since 2016, Kenny’s East Coast Pizza has offered an array of pizzas in a style more reminiscent of New York than Naples, choosing to prepare pies in a classic Bakers Pride Deck Oven.  In addition to a selection of 14” pizzas, the restaurant offers a selection of classic Italian-American appetizers, salads and sandwiches, and classic Italian-American specialties including Chicken Parmigiano, Lasagna and Baked Ziti with Meatballs.  The full bar offers a selection of hand-crafted cocktails and martinis poured from their signature frozen Grey Goose tap. 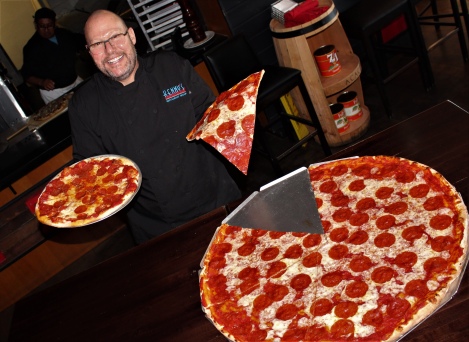 The Bada Bing challenge invites teams of two to attempt to finish a massive 32”, 10,000 calorie pizza, topped with 50 pepperoni, in under 30 minutes.Teams that successfully complete the Bada Bing challenge will receive $100 gift card, a commemorative t-shirt and a photo on the coveted Wall of Fame. Teams that fall short must pay $50 for the pizza and have their photo featured on the Wall of Shame.

Are you up for the challenge?